KHPT in 2018 contributed to a study on TB-related stigma conducted by Abt Associates as part of the USAID-funded Sustaining Health Outcomes through the Private Sector (SHOPS) Plus project.

KHPT supported the formative component of a research study on TB-related stigma conducted by Abt Associates India under the Strengthening Health Outcomes through the Private Sector (SHOPS) Plus project funded by the United States Agency for International Development (USAID). KHPT, along with a consortium of TB partners from six cities, had attended a workshop in 2018 on using projective techniques during focus group discussions and interviews, and arranged for the same to be conducted in Bengaluru among target groups including persons with TB, caregivers and healthcare providers. KHPT communications staff also helped collate the study findings, which were released recently in a report entitled “Understanding Stigma and Discrimination Associated with Tuberculosis: Unravelling a Silent Barrier to TB Care in India.”

The report uses insights from the general population, TB patients, caregivers and healthcare providers to understand the barriers to seeking care, their perceptions of TB and stigma around TB. It adapts a socio-ecological model to understand how people, who are both directly and indirectly connected to the patient, are affected by stigma. The report lays out the main reasons for stigma as “(a) the fear of TB infection―the sub-text being the belief that TB will never be cured, that the treatment is long and drawn out, and the perception that it eventually leads to death; (b) the fear that TB leads to economic disaster; (c) prejudice about the person with TB and believing that the disease afflicts those who do ‘bad things’; and (d) a belief that it is the societal norm: doing what others, who stigmatize and discriminate against persons with TB, do.” The findings from the research study highlight that stigma affects a person’s mental, social, personal, physical, and financial health, which have a cumulative effect on a person’s well-being, while affecting men and women differently.

The study, which is intended or organizations and individuals working to end TB in India, concludes that stigma reduction as a social element to TB management should be prioritized along with other efforts to end TB. This will not only contribute towards TB elimination, but also improve the mental, emotional, social and financial well-being of TB patients. Recognizing stigma will also allow the provision of equitable health care services for men and women, who are affected differently. 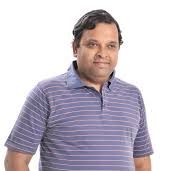 KHPT organizes colloquium on inclusion and access for staff